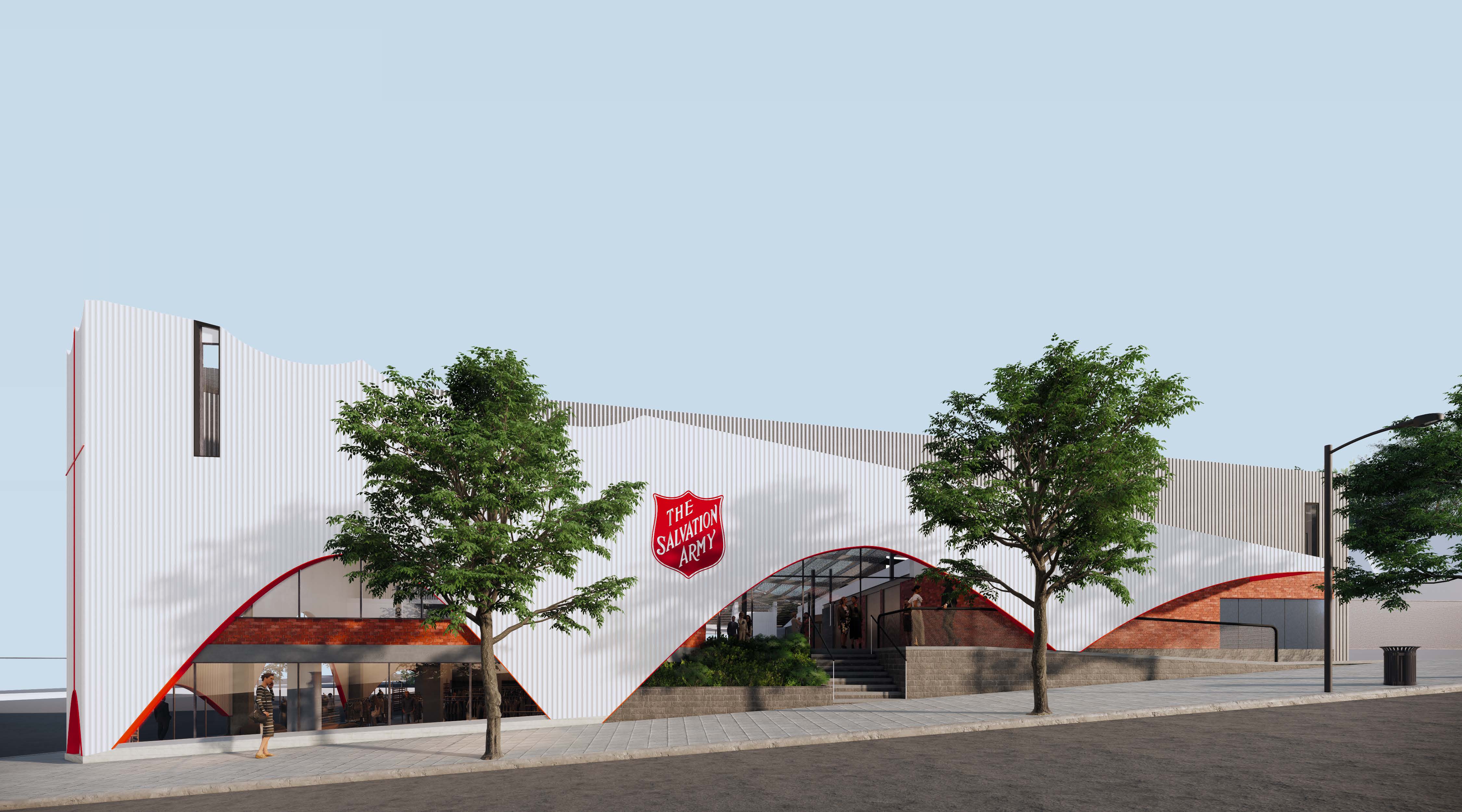 Work has started on the new $13.5 million Salvation Army hub in the heart of Dandenong, which will provide important community support and services for the region.
The project will create around 200 jobs during construction and will feature a worship hall, youth rooms, an op-shop, spaces for events and community services and office accommodation.

Development Victoria joined the Salvation Army and representatives from the City of Greater Dandenong to celebrate the project at an official “sod turn”, marking the start of construction.
“We have been working with the Salvation Army for several years on this development and today is an important milestone for the project and for Dandenong,” Mr Geoff Ward, Group Head of Precincts at Development Victoria said.
“The project will provide a great sense of community for Dandenong and we look forward to seeing it come to life.”
Major Warren Elliott from the Salvation Army said they were committed to providing services in central Dandenong.
“The Salvation Army has been active in Dandenong since 1885 and when completed, the new building will help us continue and expand our work in the local community,” he said.
The Victorian Government’s Revitalising Central Dandenong project – announced in 2006 – is a $290 million investment to transform central Dandenong into a vibrant and thriving economic and service hub.
The project has to date seen almost $700 million in private investment in the area and created significant job opportunities. It has also delivered new community facilities and developments in central Dandenong including the State Government Services Hub, ATO office and Quest Apartments.
The next phase of the project will include a transformation of five key sites next to the Dandenong transport hub and will feature a new Little India, 500 new dwellings, community spaces, offices, a hotel and conference centre, an urban brewery and entertainment district, an educational facility, retail, medical services and a cinema.
The $600 million redevelopment will be delivered by Capital Alliance and will create more than 2600 jobs during construction and around 5000 ongoing jobs when the development is complete.
Development Victoria, the Victorian Government’s property development agency, is delivering the project, in collaboration with City of Greater Dandenong.