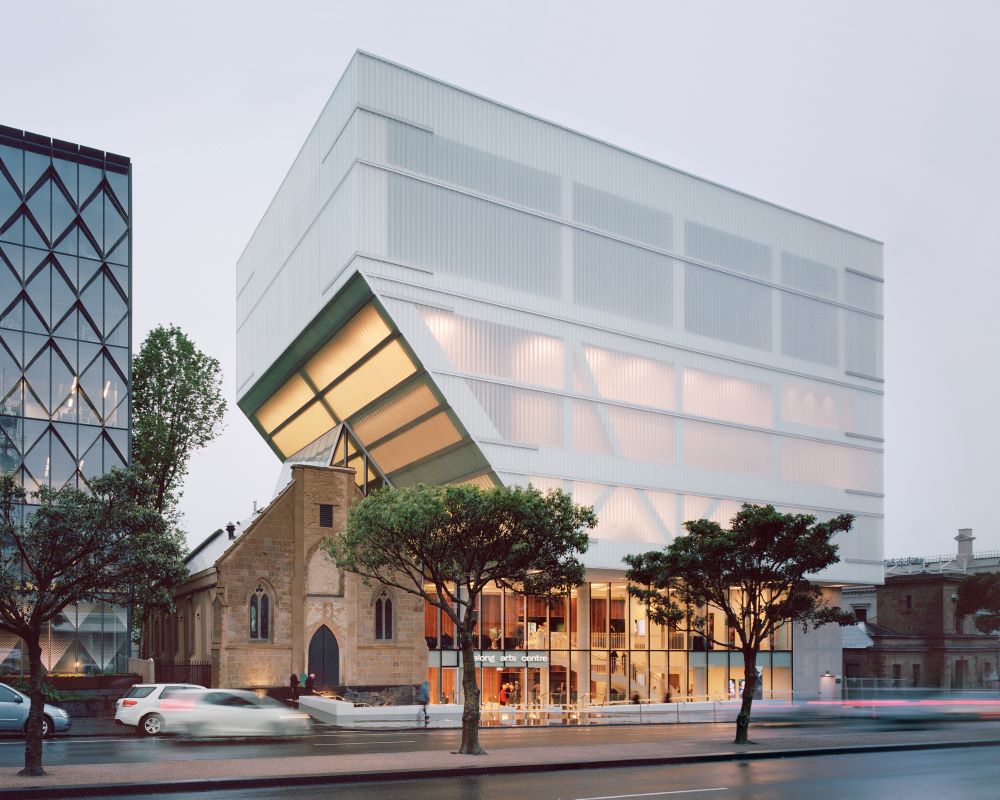 The doors have opened on a new era of creativity at Geelong Arts Centre with the unveiling of its ground-breaking Ryrie Street redevelopment, backed by major investment from the Victorian Government.
Minister for Creative Industries Martin Foley and Member for Geelong Christine Couzens joined the Arts Centre team to tour the new spaces, which have reinvigorated and modernised the 38-year-old centre, creating a striking new landmark and adding to Geelong’s credentials as a UNESCO City of Design.
The Victorian Government provided $37 million towards the $38.5 million project, which will improve accessibility through the centre and has created a new entrance, four state-of-the-art studios, a stunning new foyer bar and a creative industries co-working space spanning an entire floor.
Named the Creative Engine, the new co-working space will provide desks and meeting rooms, a lounge and kitchen where practitioners and organisations will work side by side. Creative Engine will also include a dedicated professional and business development program that will be open to the wider creative community.
Designed by Melbourne-based design studio HASSELL, the project has incorporated both old and new and has included restoration of the heritage-listed church façade and the discovery of artefacts – including a mysterious elephant bone – that trace the history of the Arts Centre site and are now on display in the foyer.
More than 800 workers were involved in the two-year construction project, more than half of who call the Geelong region home.
The next stage of the Centre’s redevelopment is a $128 million transformation of the Little Malop Street end of the building, funded in the Victorian Budget 2019/20.
The Arts Centre will host a free open day on Sunday, 17 November from 11:30am-2:00pm for everyone to experience the new entrance with tours and entertainment.
For more information on all programming, please click here.