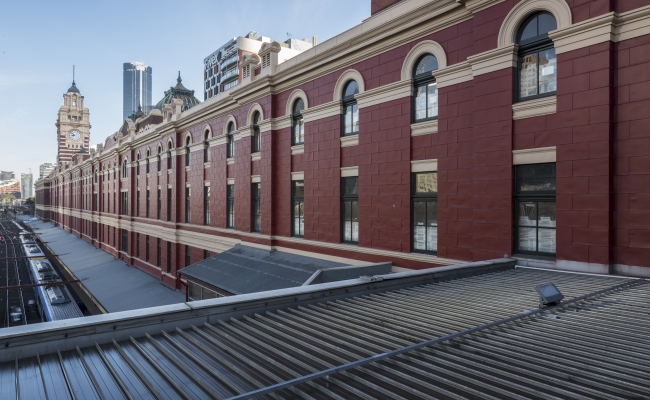 Flinders Street’s beloved tower clock is running again after its first restoration in more than a century.

The Elizabeth St Tower Clock was made in 1907 by local clockmaker F. Zeigler and with four faces, each 11 feet in diameter – it is the largest clock in Victoria.

The Tower Clock was the master clock for the entire Victorian railway system – transmitting the correct time out to hundreds of stations by telegraph signals.

Since work began on the clock tower in mid-2017, the glass clock faces have been restored, the inner workings serviced, new safety ladders have been installed and the entire structure has been strengthened with an ingenious cable system.

This work is all part of the Victorian Government’s $100 million refurbishment of Flinders Street, which has restored the exterior of the Administration Building and seen it returned to its original 1910 colour.

Around the building more than 5,000 litres of paint and 3.5 tons of mortar have been used, while more than 700 windows have been restored and repainted. The roof has been waterproofed and the whole building stabilised to prevent further deterioration.

Elsewhere around the station, works have been completed on the toilets on the main concourse and at the Elizabeth Street Subway and improvements have been made to platform amenity and lighting. A new entrance to Platform 10 is currently being built and will be completed in April.