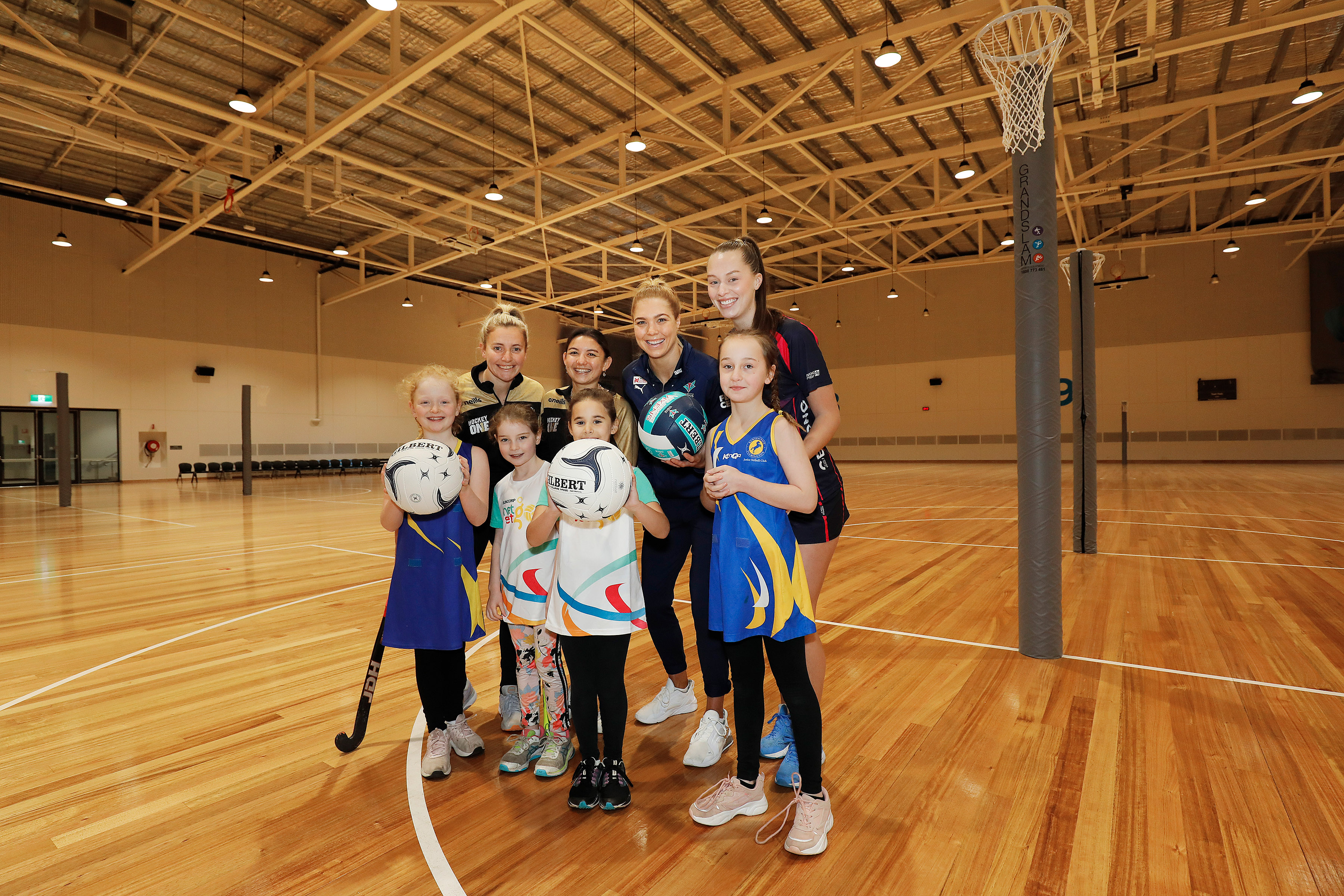 New courts and pitches at the transformed Victorian home of netball and hockey are helping thousands of players – ranging from tiny juniors to towering national representatives – be their best.

The centre has been officially opened and will host more than 500,000 players and spectators each year – and 80 per cent of all participants are women and girls

A $64.6 million Victorian Government investment has delivered six new indoor netball courts, a new indoor hockey pitch, hot and cold recovery pools, a creche for parents playing at the centre, and a high-performance strength and conditioning gym at the sports mecca formerly known as the State Netball and Hockey Centre.

With Netball Victoria, Super Netball’s Melbourne Vixens, Hockey Victoria and dozens of grassroots hockey and netball teams based at the centre, the new facilities will open up the venue for more community participation, high- performance excellence, competitions and major events.

The works have also created a new northern entrance, better connecting the centre to public transport.

More than 150 jobs were created during construction and the Victorian Government encouraged contractor Kane Constructions to maximise the female presence on the project. These efforts included a pilot program to encourage women and girls to consider a career in construction while half of Kane Constructions’ and Development Victoria’s project teams were female.

At the peak of construction, some 26,000 hours were worked by women, equal to 30 per cent of all contributing hours worked during that time. In total, 73 women worked on the redevelopment site in trade and support roles. About 93 per cent of labour and materials were sourced under the Government’s Local Jobs First Policy.

The expanded centre will also allow for more use by volleyball, basketball, futsal, badminton and table tennis players and will be home to the Women in Sport Leadership Centre.