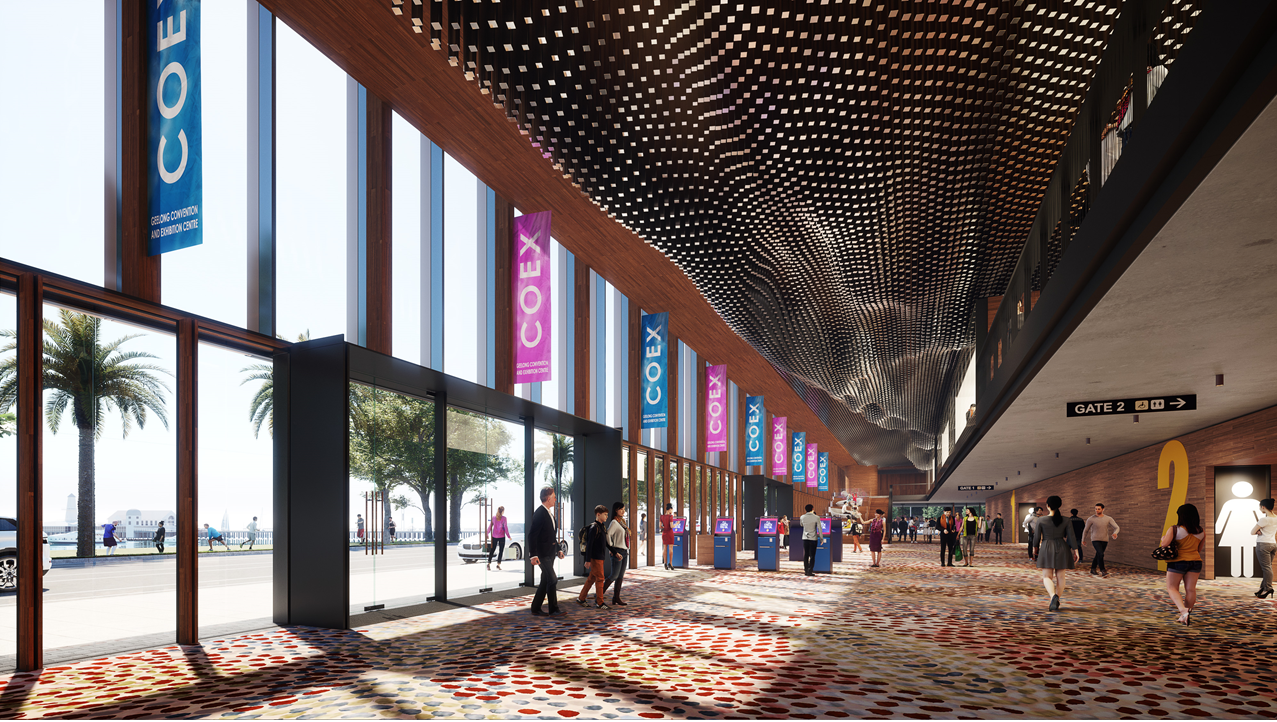 The shortlist for the consortia vying to deliver the $294 million Geelong Convention and Exhibition Centre (GCEC) has been announced.

This marks an exciting milestone in one of the biggest and most anticipated developments to be undertaken anywhere in regional Victoria.

The three shortlisted bidders include some of the most well respected and experienced construction firms in Victoria:

Following a comprehensive tender process, involving extensive community and stakeholder consultations, the successful bidder is expected to be announced in mid-2023.

Construction is expected to start in late 2023 and the first event to be hosted in 2026.

It is anticipated the project will support over 600 jobs during the construction phase and an additional 270 ongoing jobs created once the facility is up and running.

The GCEC and precinct is to be delivered as an innovative Public-Private Partnership (PPP). The project will transform the Geelong waterfront and drive significant economic, social and cultural growth for the whole city and broader Geelong region.

The PPP will bring together private business groups to design, construct, finance and maintain the new facility and the precinct, harnessing the ingenuity of some of Victoria’s most creative designers, builders and developers whilst ensuring the GCEC remains a world-class public asset for years to come.

Once complete, the state-of-the-art precinct will be run by the Melbourne Convention and Exhibition Trust and will feature a magnificent 1,000-seat event venue, 3,700 square metres of multi-purpose space, and a 200-room upscale hotel and commercial spaces.

It embodies the Australian and Victorian governments’ fundamental belief in regional communities having equal access to the opportunities offered by world-class cultural facilities, wherever they live, shaping regional excellence and growth for generations to come.

The GCEC is the centrepiece of the Geelong City Deal, a $500 million commitment between the Australian and Victorian governments and the City of Greater Geelong.

Development Victoria is pleased to be involved with this exciting regional project that is creating hundreds of jobs during construction and ongoing jobs when complete.

Click here for more information on the Geelong City Deal.