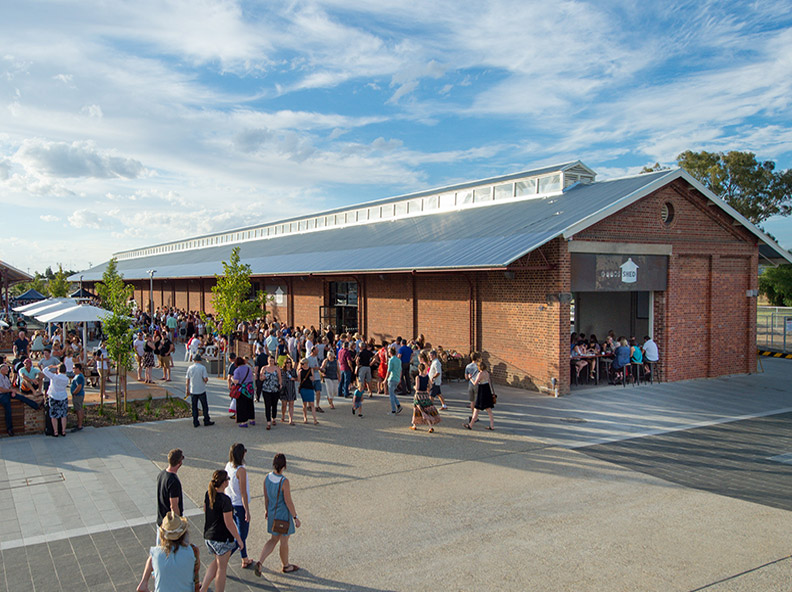 The Victorian Government is getting on with the biggest urban renewal project in regional Australia, transforming Junction Place in Wodonga to create local jobs, attract new visitors and boost the economy.

This project will inject up to $250 million into the local economy, boost visitation to the region and create local construction jobs as well as ongoing jobs in the retail, accommodation and hospitality sectors.

The project has recently hit several key milestones, including the lodgement of a planning application for a $70 million cinema and entertainment facility.

Central Place will deliver Wodonga’s first cinema in partnership with United Cinemas – which has an established presence in NSW, WA and QLD. Construction on the cinema and entertainment facility is expected to start in mid to late 2019.

The Victorian Government is delivering the transformation of Junction Place through Development Victoria, in partnership with local developer Central Place and in collaboration with City of Wodonga.

The project is bringing new life to the former historic railway station and rail yards in central Wodonga. When completed, the project will double the size of Wodonga’s central business district.

It will also deliver a four-star hotel and conference centre, commercial office space, residential housing and a market hall.

The first stage of the precinct renewal delivered new public open spaces (The Promenade and Junction Square) and refurbishment of heritage buildings on site, which now feature award-winning restaurants and cafes, creating a food and beverage precinct in the heart of Wodonga.

It also celebrates the renaming of the former Bond Street within the development to “Jack Hore Way” in honour of the late Shire President.