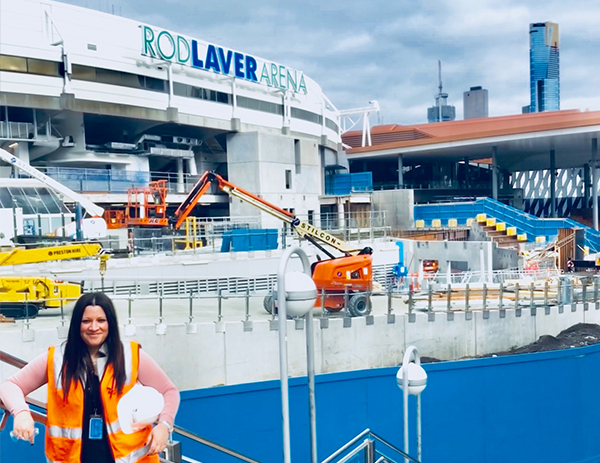 Colombian-born civil engineer Tatiana Franco now calls Melbourne home, and is one of the talented DV team delivering the $972 million redevelopment of Melbourne Park – one of Melbourne’s most well-known sporting precincts.

The project includes the refurbishment of Rod Laver Arena, home to the Australian Open, as well as one of our State’s best concert and performance venues.

Tatiana has been in Melbourne for four years and part of the Melbourne Park team within our Civic Infrastructure division for seven months.

My mother is a civil engineer in Colombia, so I guess it’s in my blood! I worked for a large construction company in Colombia, and we had a lot of safety issues – we put up warning signs but nothing changed and we realised that a lot of our workers couldn’t read. So we brought a school on site and taught everyone to read. That made a huge difference to safety on site and to the confidence of the team.

"It’s very exciting to work in this project. I’m responsible for finalising the design coordination, quality and commissioning  on the refurbishment so I’m determined to make sure everything is absolutely right. It’s a complex project, with a lot of stakeholders, and we all work really hard to make sure everything is based on making it the best of the best."
Find out more about the Melbourne Park redevelopment project.