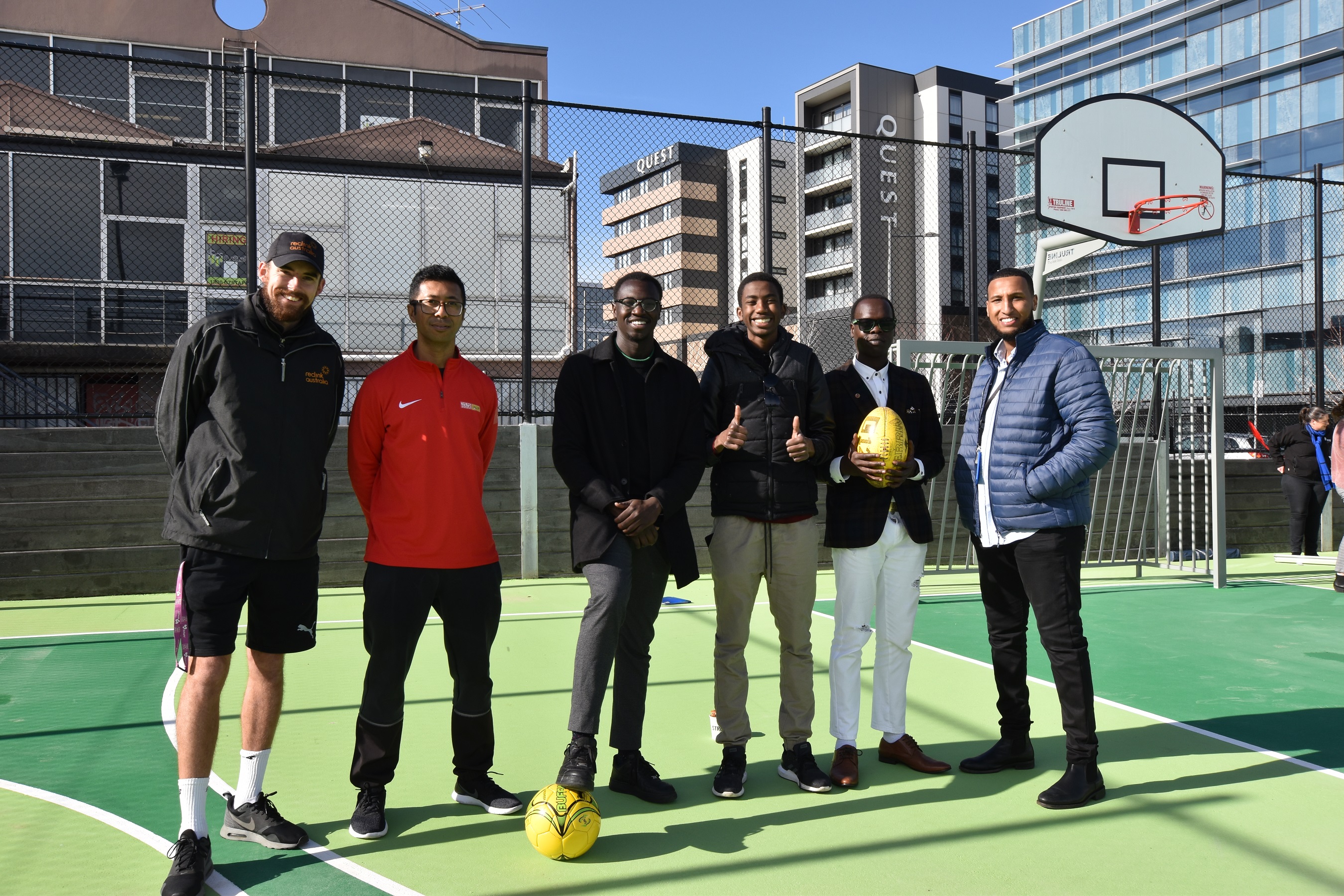 A new multi-sport community court in the heart of central Dandenong was officially opened on Monday 10 July, providing a much-needed recreational facility for the local community.
The multi-sport court, delivered as part of the Victorian government’s Revitalising Central Dandenong initiative, will be open to the public for use year-round and will be an important space for the local community to be active.
The Victorian Government contributed over half a million dollars to design and deliver the court, with the City of Greater Dandenong contributing approximately $100,000.
The multi-sport court, located on the corner of Cadle and George streets can play host to a range of sports including basketball, netball and futsal. Key features include lighting and CCTV, ensuring the facility is safe and secure.
The multi-sport court was built following a successful trial of a ‘pop-up’ park, at a site to the south along Foster Street, Dandenong.
Revitalising Central Dandenong represents a $290 million Victorian Government commitment to transform central Dandenong into a vibrant and thriving economic and service hub.
Since 2006, the project has attracted close to $700 million in private investment to Dandenong, enhancing the city’s appeal as a great place to live, work and visit.
Development Victoria, the Victorian Government’s property development authority, delivered the new court in collaboration with the City of Greater Dandenong. Ace Landscape Services were responsible for construction.
Find out more about the Revitalising Central Dandenong project.