A reflection: The Shrine redevelopment 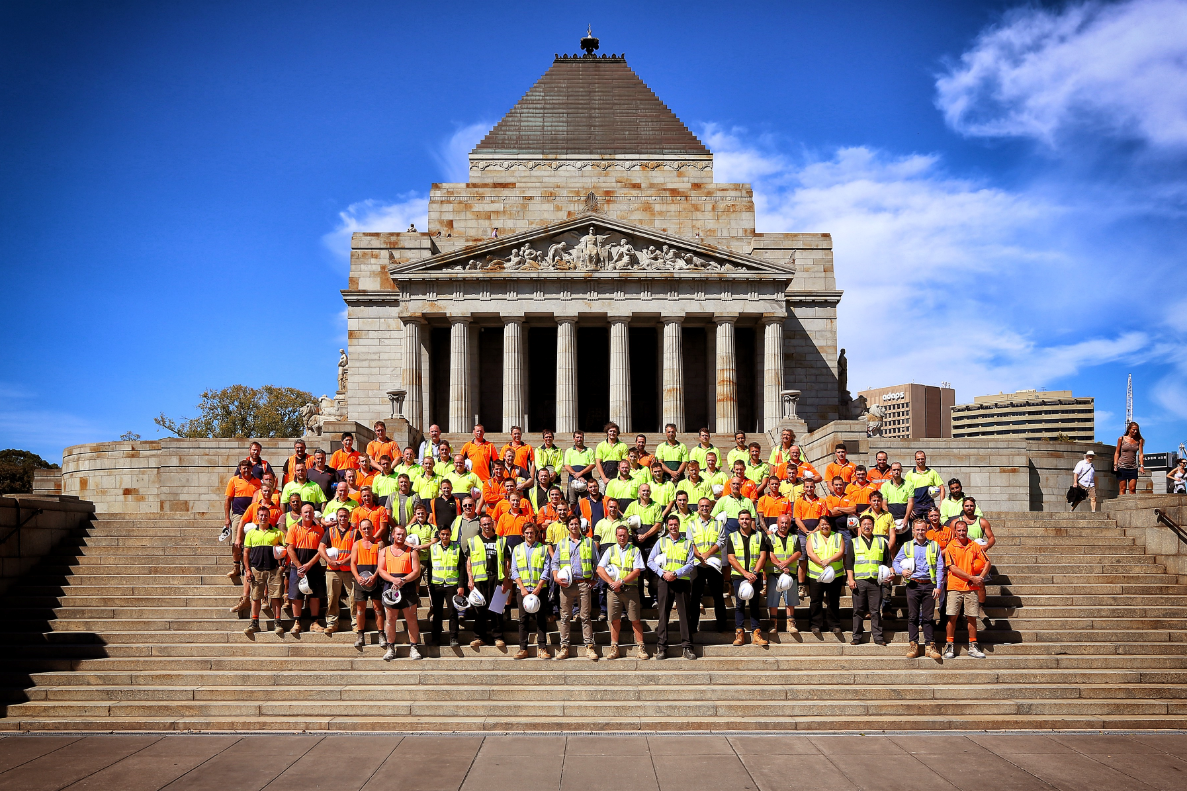 April 25 – or ANZAC Day - is a significant day of remembrance in Australia and New Zealand.

It’s a day where we commemorate those Australian and New Zealanders who served and died in all wars, conflicts, and peacekeeping operations and the contribution and suffering of all those who have served.

Melbourne’s Shrine of Remembrance is always a focal point on ANZAC Day.

Built by returned servicemen in the 1930’s, the Shrine evokes a range of memories for generations.

Development Victoria Project Director Graeme Kaye was drawn to the Shrine when he moved to Melbourne in 2000, attending the ANZAC Day Dawn Service every year.

In 2012 Graeme was part of the team involved in a major redevelopment project at the venue - the award-winning Galleries of Remembrance at the Shrine of Remembrance.

It was a wonderful experience working with a passionate group of people to deliver a truly inspiring project that has provided a place for all Australians to go to learn, reflect and remember those who fought in all conflicts around the world

Graeme said when he told close family and friends about his new project, he began to appreciate its significance

“I sat down with a dear old neighbour of mine, Doug, who had fought and was wounded in Korea,” Graeme recalls.

“He had never spoken of his time in Korea before. But that day he opened up and spoke of his experiences.

“I had a similar experience with my late father-in-law, a New Guinea veteran. He broke down crying and told me things he hadn’t spoken of in all the time I had known him.

“Those two experiences gave me a whole new understanding of the importance of the Shrine to the many thousands of people who visit every day, especially on this sacred day (ANZAC Day).

The refurbished Shrine re-opened to the public on Remembrance Day – November 11 - in 2014 and expanded the facility beyond a monument into a modern exhibition and education facility.

One of Graeme’s fondest memories involved an unexpected early morning experience at the Centenary ANZAC Day Dawn Service in 2015 when he and wife Carryn were invited to be guests.

“We were walking around the Galleries and had just placed a virtual poppy in memory of her dad and our mate Doug when a lone bugler, who had gone into the Galleries to practice, started playing `The Last Post’

“It was a very emotional and moving moment and one we will never forget.”

The other special moment for Graeme came when the entire project team posed for a photo on the steps of the Shrine at the completion of the Galleries.

“The Chair of the Shrine Trustees spoke and told us that the photo was to replicate one taken at the completion of the Shrine in the 1930’s,” Graeme said.

“He went on to say that each and everyone who had worked on the Project would be forever part of the history of this wonderful building. That was very humbling indeed.

“It was a wonderful experience working with a passionate group of people to deliver a truly inspiring project that has provided a place for all Australians to go to learn, reflect and remember those who fought in all conflicts around the world.”

Click here to find out more about the Shrine of Remembrance