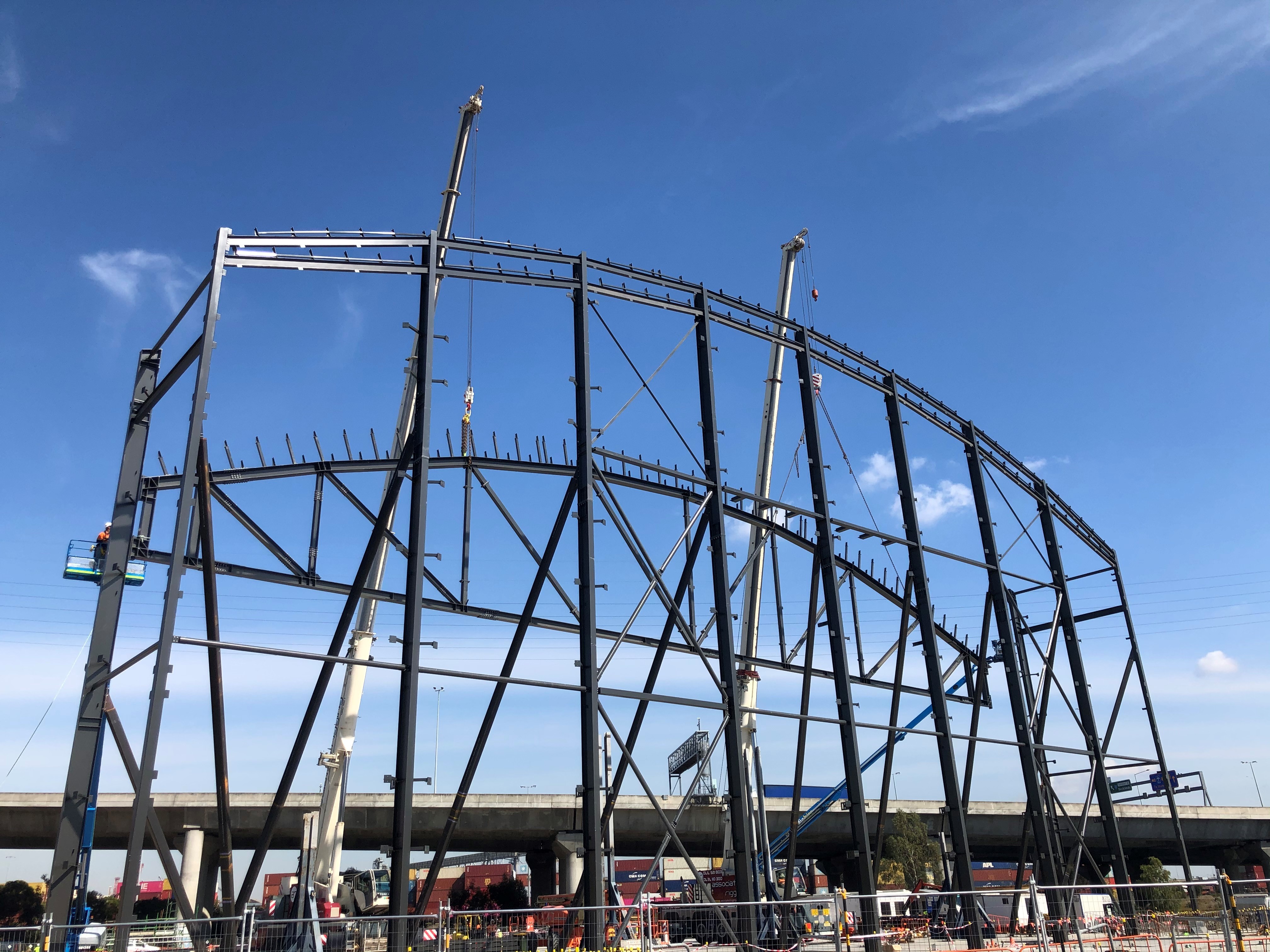 Docklands Studios Melbourne’s new $46 million Sound Stage 6 has reached a major milestone with the completion of the foundations and work beginning on the main structure.

During the next few weeks 600 tonnes of steel girders will be lifted into place to form the shell of the new 3700m2 sound stage which increase Docklands Studios Melbourne’s capacity by 60 per cent.

The sound stage will also feature a massive 900,000-litre water tank giving it the flexibility to attract a greater range of productions.

The project milestone comes as the $2.2 billion local screen industry recovers from the COVID 19 hiatus with a surge in the production of films, television series and commercials underway in Melbourne and regional Victoria.

In a further boost to the industry, the Minister for Creative Industries Danny Pearson today announced Melbourne will be the home of the Princess Bento Studio – a major new animation house created through a partnership between Emmy Award-winning US animation studio Bento Box Entertainment and Victorian production powerhouse Princess Pictures.

Princess Bento Studio will create 150 full time technical and creative jobs for Victoria’s animation sector. As well as generating new ideas, the team will work on a pipeline of animation projects bound for local and international audiences