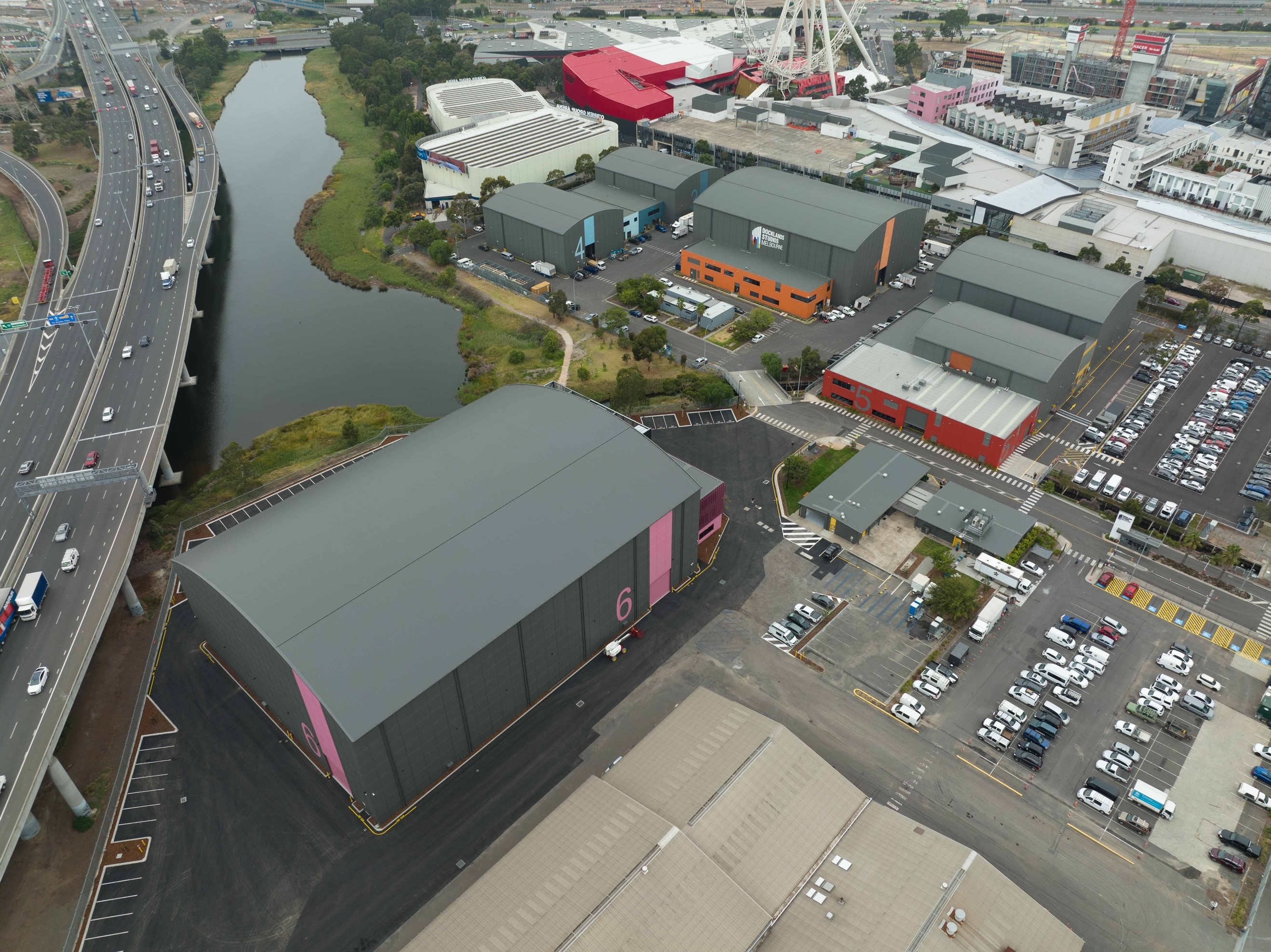 The 3700 square metre sound stage will increase Docklands Studios’ capacity by 60 per cent and is already attracting more of the biggest local and international screen productions.

Sound Stage 6 will be one of the largest of its kind in the Southern Hemisphere. The new stage features a completely soundproof set and a huge 900,000-litre, 4.5-metre-deep purpose-built water tank for shooting large-scale underwater scenes.

An adjoining three-storey building houses studio operations and production offices as well as facilities, including a makeup room, green rooms and audition spaces.

The new sound stage positions Docklands Studios to meet booming global demand and has become a lightning rod for major international screen productions, including Robbie Williams’ biopic Better Man – which will be the first film to start production in Sound Stage 6.

Productions filmed at Docklands Studios are creating thousands of local jobs, providing a boost to businesses in the Docklands precinct.

Despite the pandemic, Docklands Studios has had one of its busiest periods on record with productions.