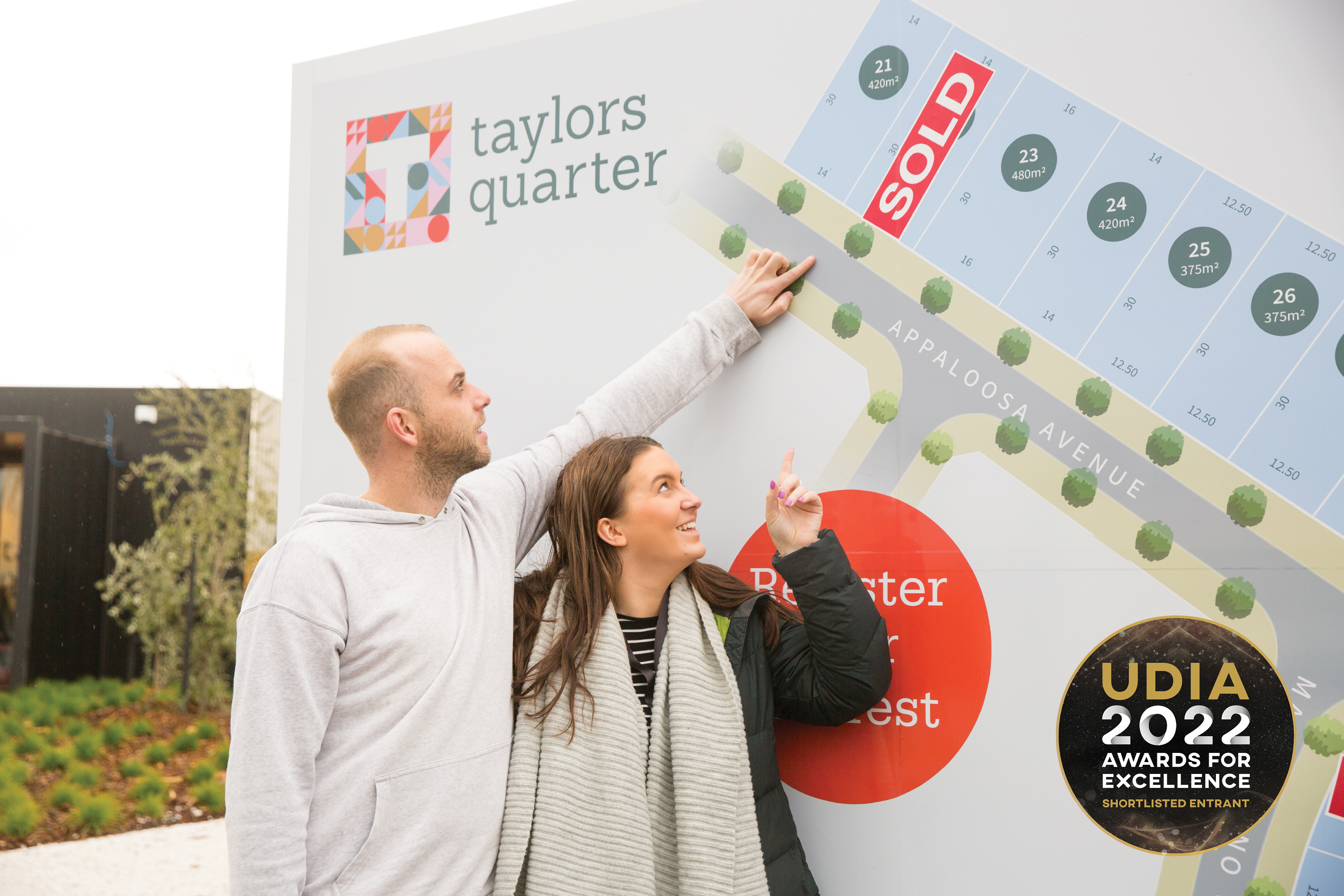 The Taylors Quarter development in Melbourne’s west has been recognised with a nomination for the Urban Development Institute of Australia (UDIA) Victoria 2022 Awards for Excellence.

The estate, the final major land release in the suburb of Taylors Lakes, has been shortlisted in the Residential Development Award category with the winner to be announced at a gala ceremony in December.

The UDIA Awards have been running for 27 years and recognise and celebrate excellence and innovation in the development industry.

Standout commitment to excellence is awarded in the areas of environment and water sensitive urban design, affordability, urban renewal, high and medium density, as well as general residential and masterplanned developments.

We were proudly recognised in 2020 for our leadership in diversity and inclusion by winning both the UDIA Victoria and National Leaders in Diversity Award.

Taylor’s Quarter is an outstanding development offering community benefits including affordable housing, green space and easy access to schools, shops and transport – all within a 30 minute drive from Melbourne’s CBD.

The estate is also in close proximity to the Watergardens Shopping Centre, Watergardens Railway Station and Taylors Creek Reserve.

All 171 lots and townhouses have been sold and offer diverse and affordable housing. The centrepiece of the estate, Messara Park, is expected to be open to the public in late October 2022.

Messara Park will bring the community together, with barbecues and a shelter providing a meeting place for family and friends, along with a playground, an orchard and a bocce court encouraging people of all ages to engage with this public open space.

The park has been designed around the themes of renewable energy, water sensitive design and ecological biodiversity. These themes have been incorporated throughout the space with the intent to be playful and educational.

As the Victorian Government’s property developer and major projects agency, Development Victoria is committed to reimagining and transforming places to enrich people’s lives – through projects like Taylors Quarter.

The 2022 UDIA Victoria Awards for Excellence winners will be announced on Friday December 2.