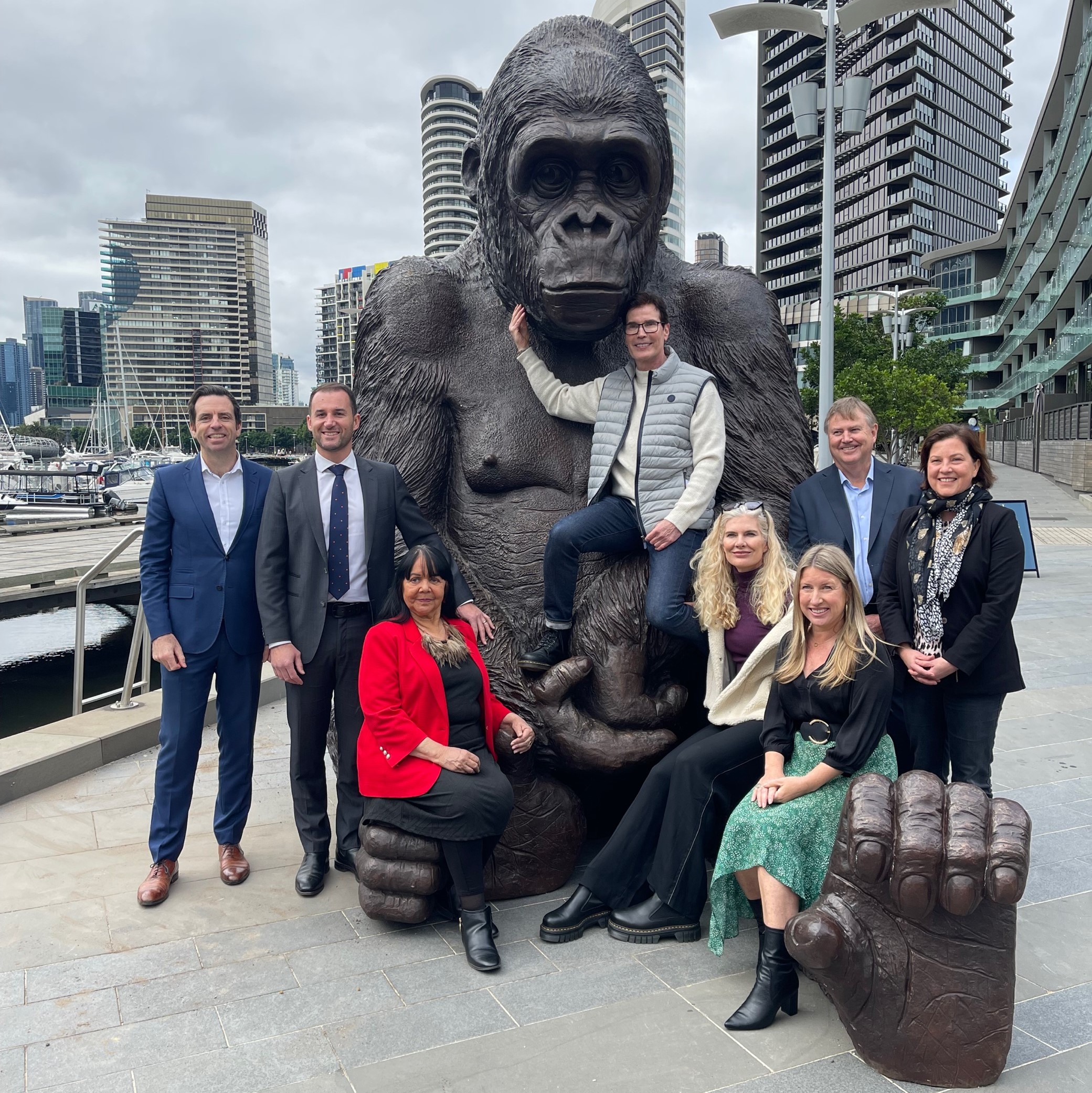 Yarra’s Edge at Docklands has been transformed into a jungle of 21 life-sized endangered baby animal statues as part of an Australian-first interactive conservation project.

Mirvac has joined internationally renowned artists Gillie and Marc to launch the `Wild About Babies’ project in support of the World Wide Fund for Nature Australia (WWF-Australia).

Launched on National Endangered Species Day, the statues range from one metre to three metres high and will be on display along the waterfront at Yarra’s Edge for six months.

The exhibition starts at the Charles Grimes Bridge, along the north-facing bank of the Yarra River, and extends along the waterfront 1.3km west to land adjacent the Bolte Bridge.

Development Victoria, the Victorian Government’s development agency, is pleased to be supporting Mirvac and the artists Gilles and Marc with this exhibition.

The exhibition will encourage people to visit Docklands and explore Yarra’s Edge and also provides an opportunity to support animal conservation efforts to protect wildlife.

The bronze statues are designed to build awareness for vulnerable species everywhere and the collection features a range of animals from across the globe – from the Bengal Tiger to Australia’s Rock Wallaby.

The centrepiece of the exhibition will be the Mountain Gorilla, which stands more than three metres high, and has been installed on the waterfront at Point Park.

Each statue has a QR code on a plaque that allows visitors to learn more about the animal and make direct donations to WWF-Australia to help protect endangered species.

Mirvac and Gillie and Marc have launched a naming competition for each animal statue with the winning entries to be announced on 1 August 2022. Winners will have their chosen names engraved on the baby’s plaque and Mirvac will also make a donation on their behalf to WWF-Australia.

Click here to find out more about the exhibition.