A key milestone for the State Netball and Hockey Centre Redevelopment 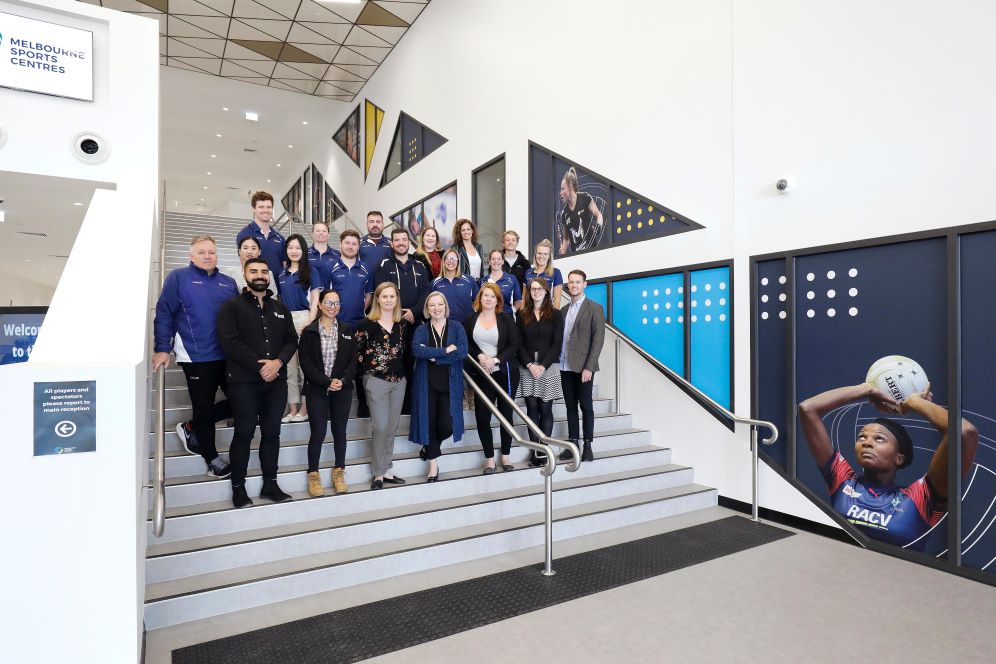 The Victorian Government’s $64.6 million State Netball and Hockey Centre Redevelopment in Parkville has hit another milestone with the opening of the new northern entrance on 27 February 2020.

All users of the venue must now enter via the stunning new northern entrance.
The northern entrance is conveniently located in front of the main car park and is a short walk to the State Netball and Hockey Centre tram stop, better connecting the centre to public transport.

The redevelopment is the centrepiece of the Victorian Government’s record investment in women’s elite and community sport, providing a new home for Netball Victoria and Hockey Victoria.

Work is well underway on replacing the existing outdoor netball courts with six new indoor courts and upgrades to change facilities and amenities.

The previous western entrance will now be closed as Stage 2 of construction commences on the indoor hockey pitch, Sports House 2, high performance facilities, and a new western entrance.

The new state-of-the-art facility will cater for all levels of competition – providing playing fields and courts for grassroots teams, and a major training base for elite athletes in both sports – and be a world-class venue to host major state, national and international tournaments like the Hockey Pro-League.

The redevelopment will also establish the Women in Sport Leadership Centre, which will kick start initiatives to drive cultural change and grow female leadership in sport.

The centre is used by more than 6,000 people every week; 80 per cent of whom are girls and women.

The project is part of the $241.6 million package unveiled by the Victorian Government in 2018; the biggest investment in women’s and community sport in Victoria’s history.

The project is scheduled to be completed early 2021.

Read more about the State Netball and Hockey Centre Redevelopment.