Builder and artful transformation ready to go for GPAC 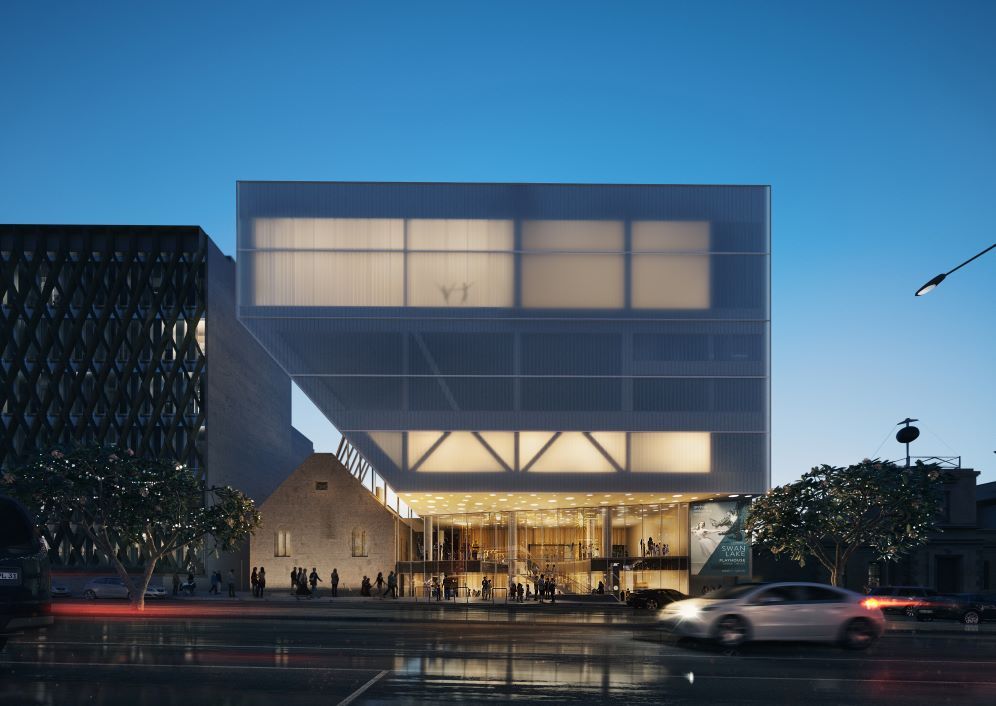 Work on Geelong Performing Arts Centre’s $38.5 million Ryrie Street Redevelopment will kick off in a matter of weeks with the appointment of award-winning builders Kane Constructions to deliver the project.
The project will improve accessibility with universal access to the Playhouse Theatre and studios. It will include two new foyers and a bar area, and provide new spaces for creative practitioners and organisations and include four new state-of-the-art studios for rehearsals and creative development.
The architectural design blends the old and new, revealing the façade of the historic church on the site which has been hidden since 1920. A major public art commission will complete the design with an iconic artwork to be created for the Centre’s eastern exterior wall.
Expressions of interest are open from local, national and international artists to create this large-scale work with funding of between $300,000 and $500,000 available to commission the work.
Kane Constructions already has a strong presence in Geelong, with projects including the redevelopment of Simonds Stadium, the award-winning Geelong Library and Heritage Centre and the Playhouse Theatre.
Construction will commence in September and will create 100 jobs. The project is being managed by Development Victoria.
More detail on the public art commission can be found at creative.vic.gov.au, with expressions of interest closing on Wednesday 27 September.