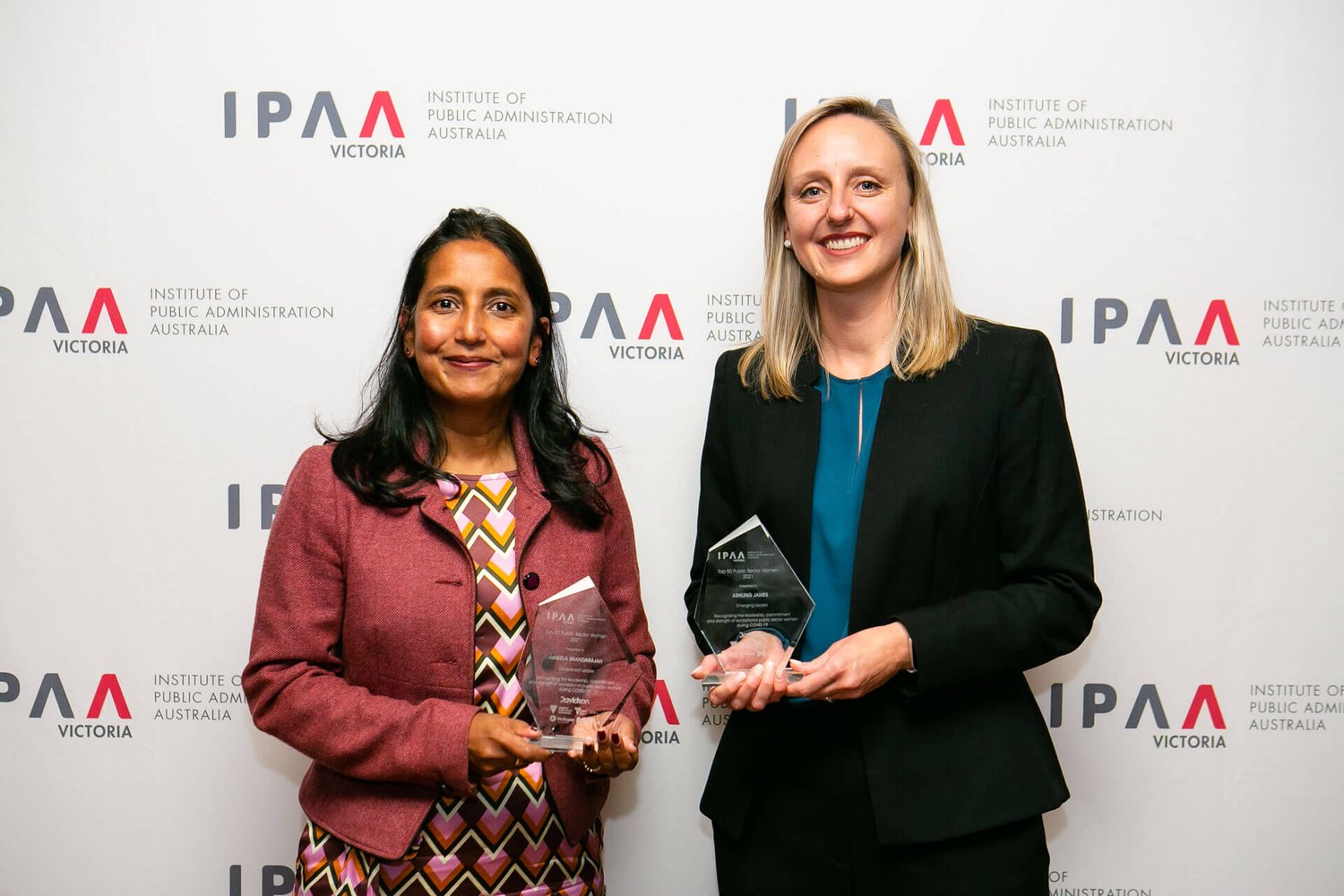 Angela and Kate were recognised among the prestigious list at a recent presentation.

This year the IPAA Top 50 Public Sector Women awards recognise exceptional women leaders during the COVID-19 pandemic for their commitment to, strength and extraordinary contribution.

Named one of Victoria’s established leaders, Angela joined Development Victoria in 2017 and was appointed CEO in February 2019.

The property sector has been critical in keeping Victoria on track during the pandemic, keeping people in jobs and projects on track to enhance the economy, individuals and communities.

Angela played a vital role helping to shape the whole-of-government approach, working to ensure projects remain on track and that Development Victoria has been able to continue consulting with communities, pivoting to online engagement for our projects.

She said she is humbled to receive the accolade of being named as an IPAA Top 50 Public Sector Women 2021 awardee.

“The response by women in the public sector to the challenges of COVID-19, ongoing uncertainty and rapid change, has been extraordinary. I continue to be inspired by those around me,” Angela said.

“I’m privileged to have the opportunity to lead the amazing team at Development Victoria and to create great places for the Victorian community.”

Kate, who joined Development Victoria’s Civic Infrastructure team from Greater Western Water (GWW) in late March, was named among the Emerging Leaders for her work at GWW to ensure the ongoing safe delivery of critical services to the community.

“I’m honoured to be named among this list of awesome and inspiring group of women,” Kate said.

“I am thankful to the IPAA, Greater Western Water and Development Victoria for their leadership in promoting diversity and inclusion in public sector and proud to be associated with them.”

Development Victoria’s Group Head Civic Infrastructure Hannah Clement said Kate has been an asset to the senior leadership team since joining he organisation.

“Kate’s strong technical expertise and track record in capital project delivery, along with her exemplary leadership skills has been a wonderful addition to the team,” Hannah said.

“She has a passion for building a stronger future for both Development Victoria and our broader industry, where she is already having an impact.”