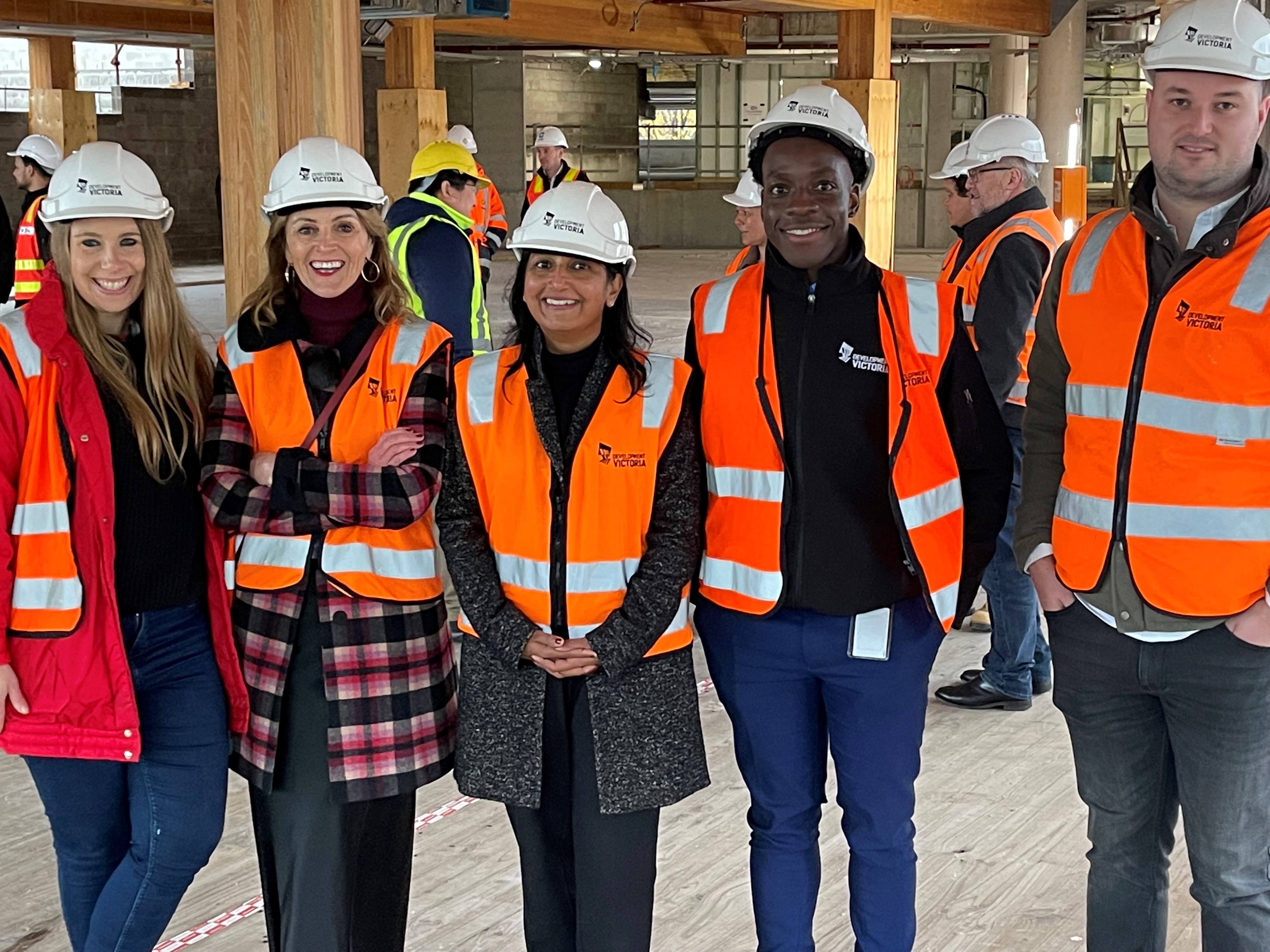 Bendigo’s new GovHub – Galkangu - has reached a key project milestone, with a topping out ceremony celebrating the completion of the building’s timber frame, as the structure reaches its highest point.

Construction of the building is expected to be completed by the end of 2022, with work now well underway on the installation of façade panels, and “roughing in” of services continuing, in preparation for the building’s internal fit out.

The project has been supported by $90 million from the Victorian Government, and the development will inject $130 million into Bendigo’s local economy.

Up to 200 new construction jobs will be created throughout the life of the project, with another 1,000 jobs supported through the supply chain. Just over 90 per cent of contracts are with local Victorian organisations, in line with the State Government’s Local Jobs First policy.

When complete, Galkangu will bring together up to 1,000 workers across nine local and State Government agencies while reflecting the area’s unique natural environment, history and people.

The name Galkangu is a Dja Dja Wurrung word, meaning “we make things happen together and are more connected to Country”.

The façade, which has been designed by Dja Dja Wurrung, Yorta Yorta and Jaru artist Natasha Carter, will feature the shield of the Traditional Owners and will transform the city skyline.