New park in the heart of the Aurora community 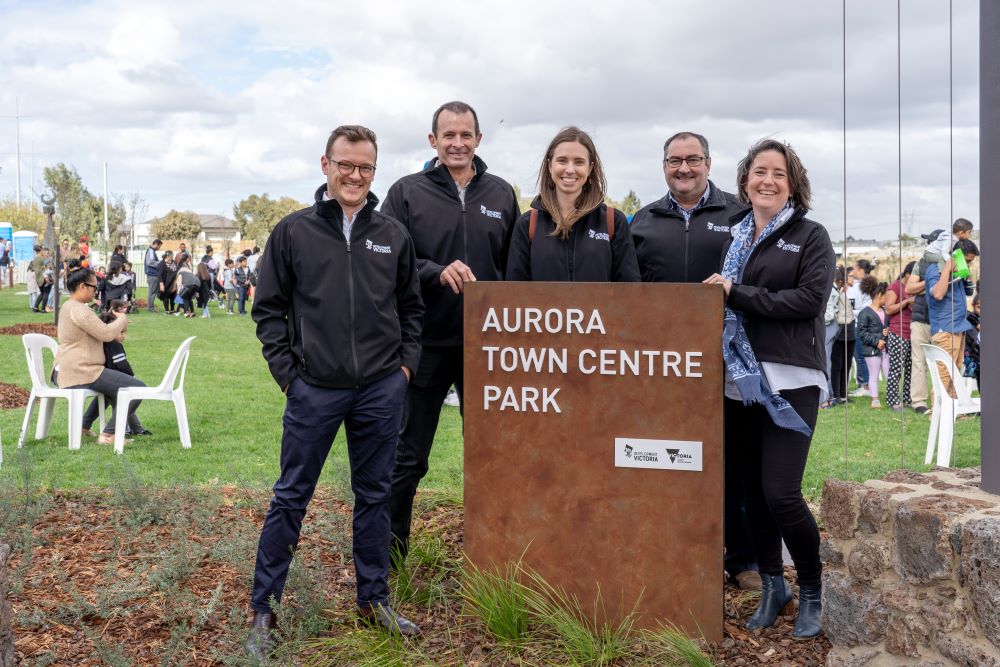 Families in Melbourne’s north can now enjoy a new park at the Aurora Town Centre that will include picnic tables, community BBQs, exercise and play equipment and shared paths for pedestrians and cyclists – all thanks to the Victorian Government.
Minister for Priority Precincts, Gavin Jennings and Member for Thomastown, Bronwyn Halfpenny joined locals in officially opening the park today.
The new park, built by Development Victoria, creates approximately four hectares of public open space and is set to become the heart of the thriving Aurora community.
The picturesque new park also included extensive works to improve Edgars Creek. The parkland around the creek has new native planting and improved stormwater infrastructure.
A new pedestrian bridge has been built over the creek, linking the Town Centre to Harvest Home Primary School and the wider residential community.
The park is also home to three large bronze sculptures by artist Yvonne George that the community will be able to enjoy all year round.
The delivery of the park is part of the ongoing Aurora Town Centre works led by Development Victoria.
Further expansion to the Aurora Town Centre is planned in the next five years and will include more retail and commercial opportunities for the growing community.
Find out more about the Aurora Town Centre project, including the park and the new residential townhouse development.