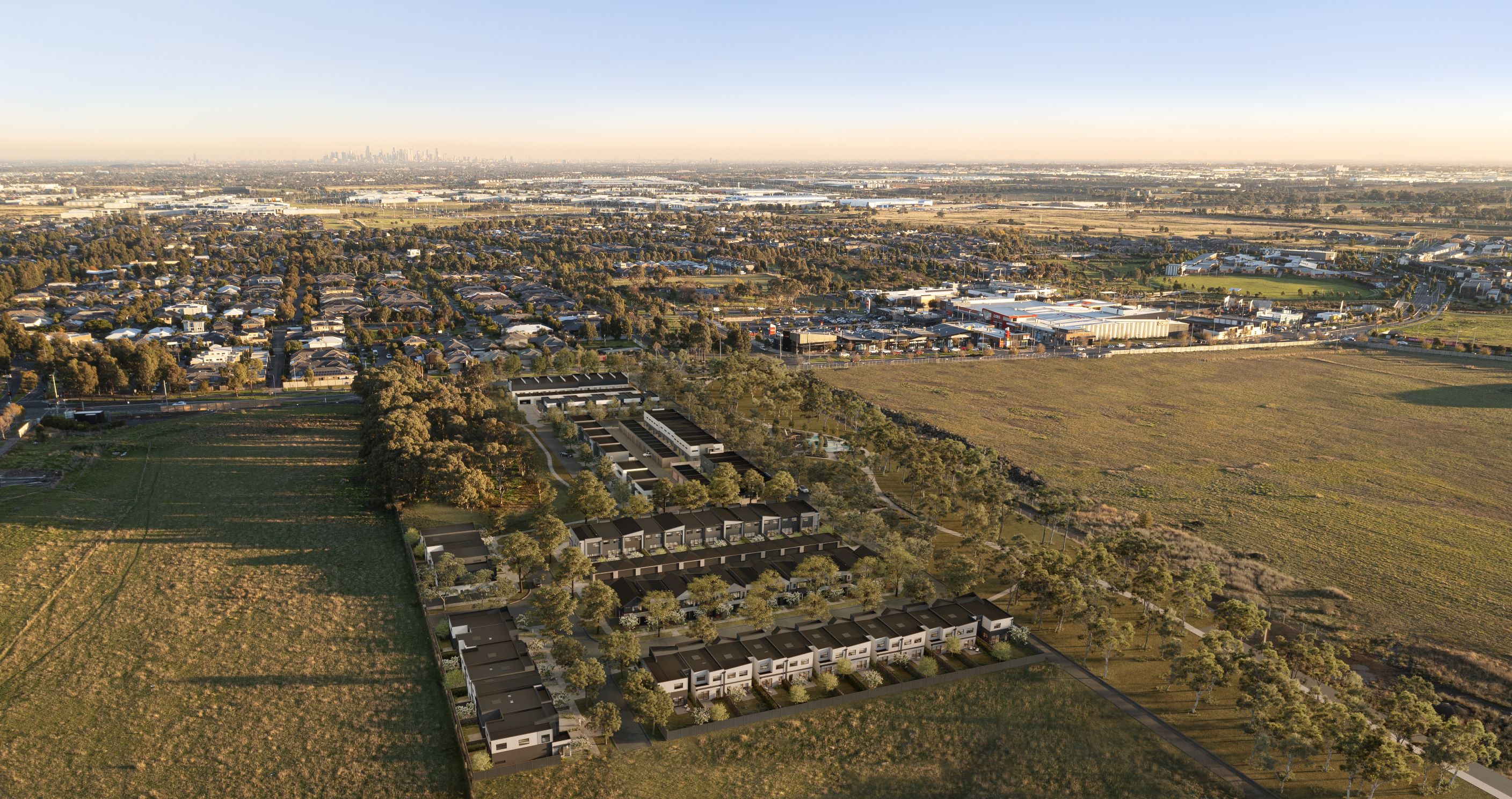 The Victorian Government is delivering on its commitment to increase affordable housing in Melbourne, with the launch of Habitas – the latest stage of the Aurora residential development in Wollert.

The project will provide 89 new affordable homes for the northern suburbs, with the Government committing around $15 million towards the development, including the delivery of vital new road infrastructure in Wollert.

All homes at Habitas will be affordable for moderate income earners, with prices expected to range from $390,000 to $550,000 (subject to valuation).

The first sales release of 13 homes commenced in June, with a seven-day exclusivity period allowing moderate income earners to access affordable homes before they were released to the rest of the market.

Development Victoria is committed to delivering affordable housing options for families on low and moderate incomes, allowing more Victorians to take their first step onto the property ladder

The first release sold out, with six moderate income earners and a total of seven first home buyers securing homes at Habitas.

A second release of homes in August has seen 7 lots sold so far, including one moderate income earner and two first home buyers. The next sales release is expected to occur in September.

Aurora is being delivered by Development Victoria, the Victorian Government’s property developer, and since its commencement in 2005, the development has already delivered over 2,000 homes across the 614-hectare site.

“This new stage of the Aurora development is an exciting opportunity for home buyers to purchase a home in Melbourne’s northern suburbs, with shops, schools, and transport all within walking distance for residents.” Said Penny Forrest, Group Head Property, Development Victoria.

“Development Victoria is committed to delivering affordable housing options for families on low and moderate incomes, allowing more Victorians to take their first step onto the property ladder.”

Development Victoria has partnered with two of Victoria’s leading residential builders, SOHO Living and Metricon, to deliver the homes at Habitas, with a range of two, three and four-bedroom townhouses available for purchase.

The development will also lead the way in sustainability, with a range of initiatives to be incorporated into homes such as recycled water, solar hot water, LED lighting, and minimum 6-star rating with passive solar design.

The design of the development will connect residents with easy access to existing and future retail, education, public transport and community facilities, delivering on the Victorian Government’s 20-minute Neighbourhood strategy.