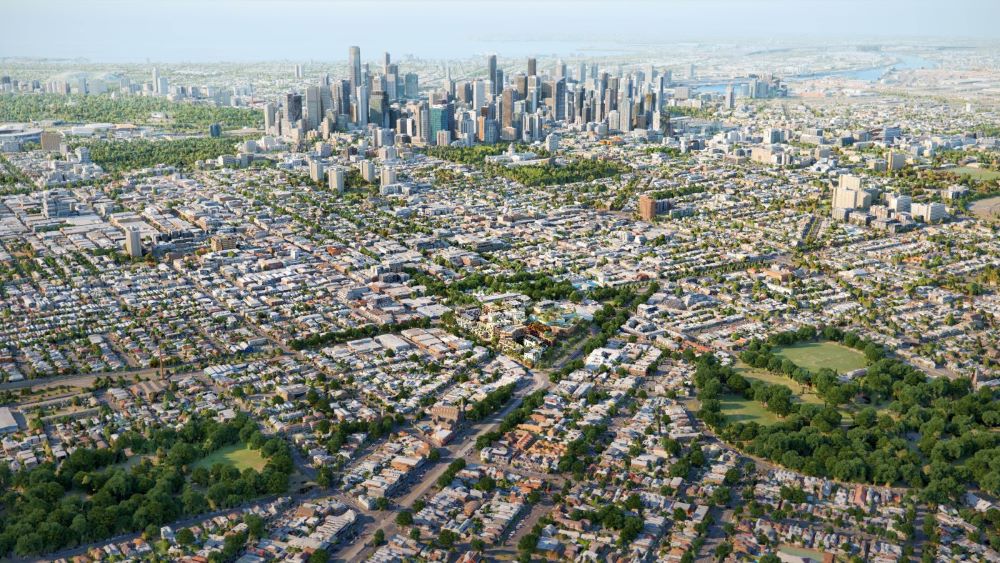 As the transformation of the former Fitzroy Gasworks into a thriving new precinct gets underway, the end of 2022 provides a great moment to reflect on a number of important milestones that have been achieved so far.

The year began with the opening of the Wurun Senior Campus delivered by the Victorian School Building Authority. The impressive new vertical school provides campus facilities that will give students a greater choice of senior programs and subjects, with a focus on building 21st century skills.

This was followed by the Registration of Interest (ROI) process for the delivery of approximately 800 apartments, as well as a retail component and commercial tenancies. The registration has closed, and we anticipate that the process will be finalised in 2023.

We were also excited to see the appointment of the head contractor for the new vertically built multi-purpose sports centre, with Built Environs announced as leading the construction of the project.

This project is being delivered in partnership with the Department of Transport Infrastructure, Department of Jobs, Precincts and Regions (Sport and Recreation Victoria), Development Victoria as the delivery agency and Yarra City Council as funding partner and operator. The Fitzroy Gasworks Sports Centre will comprise four multi-purpose courts over two levels, a 1,000-plus square metre gymnasium, café and lounge area, community facilities, change rooms, umpire change rooms, foyer and reception.

Works to remediate the site were also completed. Managed by the Department of Treasury and Finance and Melbourne-based Enviropacific, the works, which took four years to complete, were delivered under the supervision of an independent Environment Protection Authority Victoria (EPA) accredited environmental auditor. The environmental auditor is currently finalising the audit to certify that the site is suitable for the next phase of this exciting development.

It has been a fantastic year for Fitzroy Gasworks with even more to come in 2023. This will include construction of the Sports Centre further taking shape as works come out of the ground, a head contractor appointed to deliver Development Victoria’s first ever build to rent pilot alongside the delivery of social housing and the appointment of the private sector Developers for the residential projects across the balance of the site.

“Fitzroy Gasworks is truly a whole of government approach that is setting a benchmark to urban renewal, revitalising a strategic inner-city location for a growing Melbourne,” Niall Cunningham, Acting Group Head of Precincts at Development Victoria said.

“It’s been a big year for Fitzroy Gasworks as we see the project rapidly progress. We are excited for the next phase of the development to commence in 2023 and beyond,” Mr Cunningham said.

Watch the animated video which showcases artist impressions to find out more about the project.