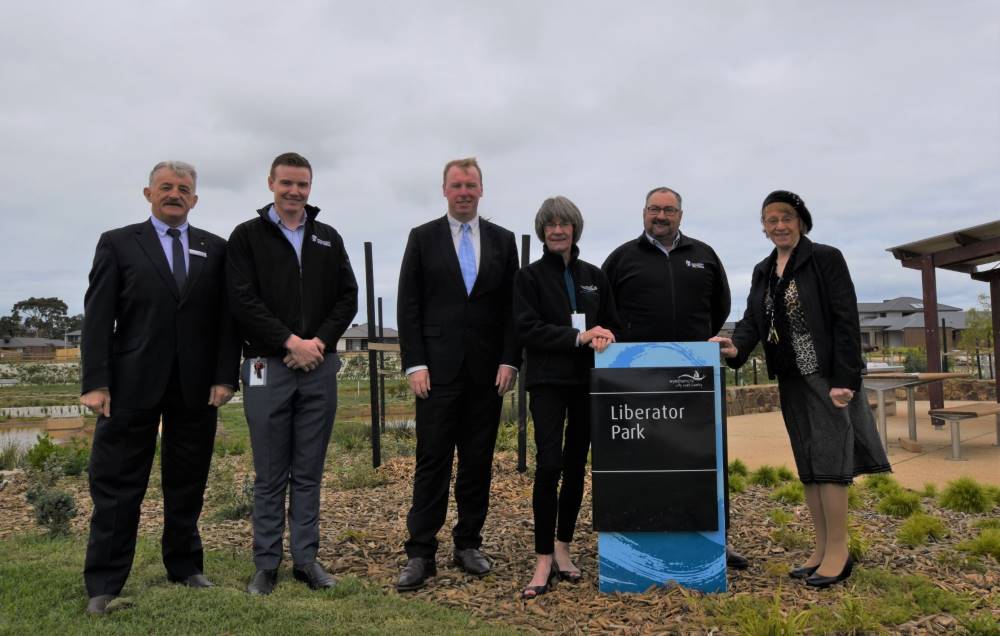 Development Victoria has officially launched a new park within its Riverwalk development, offering a new community space for Werribee residents.

The name “Liberator” was chosen by the community in an online poll, which allowed Riverwalk residents and the broader Werribee community to choose a name which resonated most with the people who would be using the park.

Liberator references the nearby B-24 Liberator Museum which sits on Riverwalk land in close proximity to the park and houses the one remaining B-24 Liberator aircraft in the southern hemisphere.

The name was gazetted by the Office of Geographic Names in December of 2019.

With construction recently completed, the park is now officially open to the public after a ribbon cutting ceremony on the 3rd of March by the Mayor for Wyndham, Josh Gilligan.

The President of the B-24 Liberator Restoration Fund, Lyn Gorman, shared the historical significance of the Liberator name, and was joined by a number of the group’s volunteers.

“The new park will be a fantastic new amenity for the local Riverwalk community, with a range of features which can be enjoyed by users of all ages,” Development Victoria’s Group Head, Property, Mr Neil Anderson said.

“The community was very enthusiastic about being involved in the naming of the park and we’re really pleased with the name Liberator Park.  It is also great to see the excitement of the hard-working volunteers from the B-24 Liberator Restoration Fund.” Mr Anderson said.

Werribee is one of the fastest growing areas in Greater Melbourne, with the population expected to grow by over 70,000 people in the next 20 years. Situated just 1.5 kilometres from Werribee Town Centre, Riverwalk has become one of Development Victoria’s most sought-after residential developments. Over 2,000 new homes are expected to be delivered by 2025.

More than 500 people already call Riverwalk home and the new park is another important community facility delivered by Development Victoria. The transformation of this land into a residential neighbourhood has been delivered through a partnering deed between Melbourne Water and Development Victoria, with the aim of unlocking the site’s potential.